GTDEBRIS » COMEDY » UNFUNNY: The Dos and Don’ts of Becoming a Comedian

Who am I? Why Should You Care? I have no idea…. but if you have read up to this point, why not keep going and run the risk of getting some chuckles in today. My name is Jeff, and I used to kind of, sort of, be a comedian. I dabbled in stand-up and sketch comedy out in Los Angeles where I (and countless other hilarious individuals) did not necessarily find commercial success. Does this mean I’m not funny or talented? Shit, I hope not! I think I’m funny. My mom thinks I’m funny. I crush the mic at every family gathering.

Comedy is not an easy thing, and while you do get better with practice, it is the right practice that you must find. For years I searched Los Angeles for the right ways to develop myself, and my comedy. It wasn’t until my final two years that I finally began to focus on the correct way to pursue it. So if you, dear reader have an interest in getting out there and going on stage……please learn from my horrible mistakes and don’t become a failure who paces back and forth in his parents basement eating his weight in ice cream night and day, bitter at the world, masturbating constantly, and wondering just where it went so horribly wrong.

1. Find your focus, and stay focused!

I had no idea what I wanted to do, I just wanted to get out there and do something that would eventually lead to fame and success. I dabbled in Improv and Sketch at places like UCB. When I invested myself in stand-up, I still had no idea how I wanted to develop my own comedy voice. I would hit open mics each time with a different joke telling style, and none of which were very true to what I really wanted to say. I was following formulas that were not my own. I’m not saying not to try new things or experiment, but quite the opposite. Try all kinds of things, be brave, be bold. Most importantly, stay true to yourself. Do things that you actually find funny, and worry less about pleasing the crowd. Besides, open mics (where you develop your voice/style) are primarily other comedians anyways.

2. Don’t get dirty, at least not right away.

It is a young comedian’s primary instinct to be vulgar and dirty right out of the gate. Don’t do it, it’s too easy…..and you know damn well that shit isn’t very funny. Instead, take things from real life that you are passionate about. Take things that you really love or things that really piss you off, and explore why you love or hate them. The best material I ever got came out of asking myself the question “why?” Getting dirty with jokes about sex and poop is fine, but should really be only a part of what you are trying to do if you insist on keeping it in there. Get deep and spend some real quality time with yourself. Immerse yourself in popular culture and do a lot of reading. Keeping your mind sharp with books like our ancestors did many moons ago will keep your comedy sharp as well.

Whatever town you are in, you should be able to find open mics, and probably even those specific to comedy. Hit them and hit them hard. Make friends, and find the people that will tell you how bad you suck….those are your true comedy allies. The ones that tell you how great you are might be cool to hang out with, but they are doing you a disservice. Come on man, you know you suck. You are just starting out and all your jokes are about how your ex-girlfriend cheated on you with seven other dudes that all happen to look like Mario Lopez. We get it bro, your life sucks and you’re kinda funny. Even if you are the funniest man on the planet, if you don’t get out there and make yourself known in the scene, it will not matter. Your one bald uncle is hilarious at all those BBQ’s with his puns and occasional raunchy joke, but he’ll never get booked on a comedy showcase unless he hustles.

A Note from the Author, Jeff Tepper 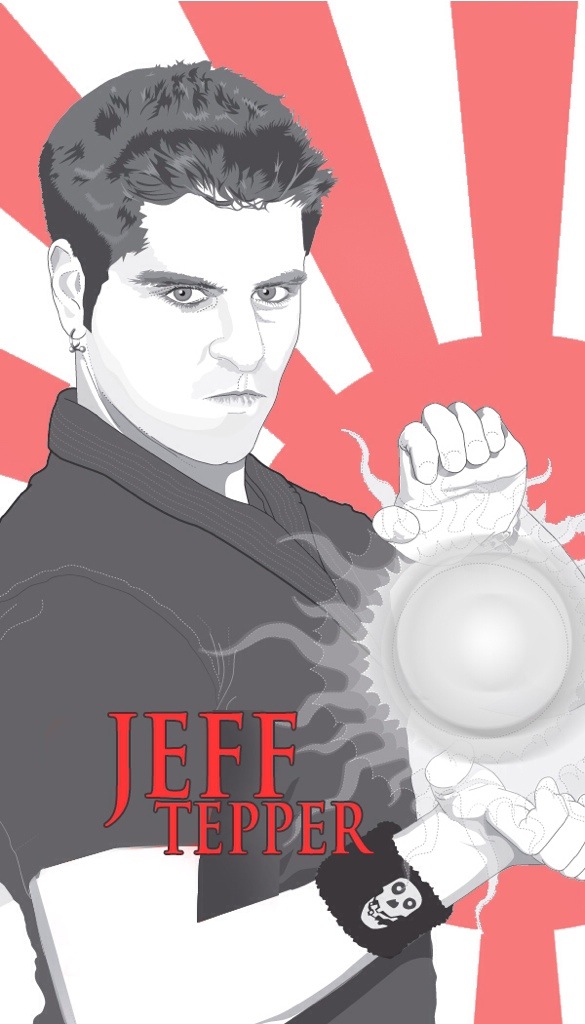 I can’t stress this enough, I am not an authority on comedy. In fact, I really only dabbled, but these are the things I have learned from going about it the wrong way. There is probably a whole lot more I could tell you about the things that I did right, as well as the countless other times I completely dropped the ball. Since I am obviously rambling on and on and on, as people like me tend to do because we love the sound of our own voice, I will leave you with this. Do your best to be unique, and don’t get too weird or crazy right away. My best work came from collaborating with other like-minded folks. And I didn’t find my own comedic voice until close to the end of my comedy journey. It wasn’t even telling jokes, it was drawing funny pictures and creating “humor” from them. Most of them suck, but judge for yourself at DangerRooster.com where I post them and stuff that isn’t mine, yet I find cool or funny.

I ran into this merry bunch of "Trouble Makers", as they are called (see their FB page here), performing the Fleet Foxes "White Winter Hymnal" at the … END_OF_DOCUMENT_TOKEN_TO_BE_REPLACED

* Yeah .... we lied about this being official, but an independent website can dream! See GTDEBRIS.com's ideal cast for the heavily anticipated AMC … END_OF_DOCUMENT_TOKEN_TO_BE_REPLACED